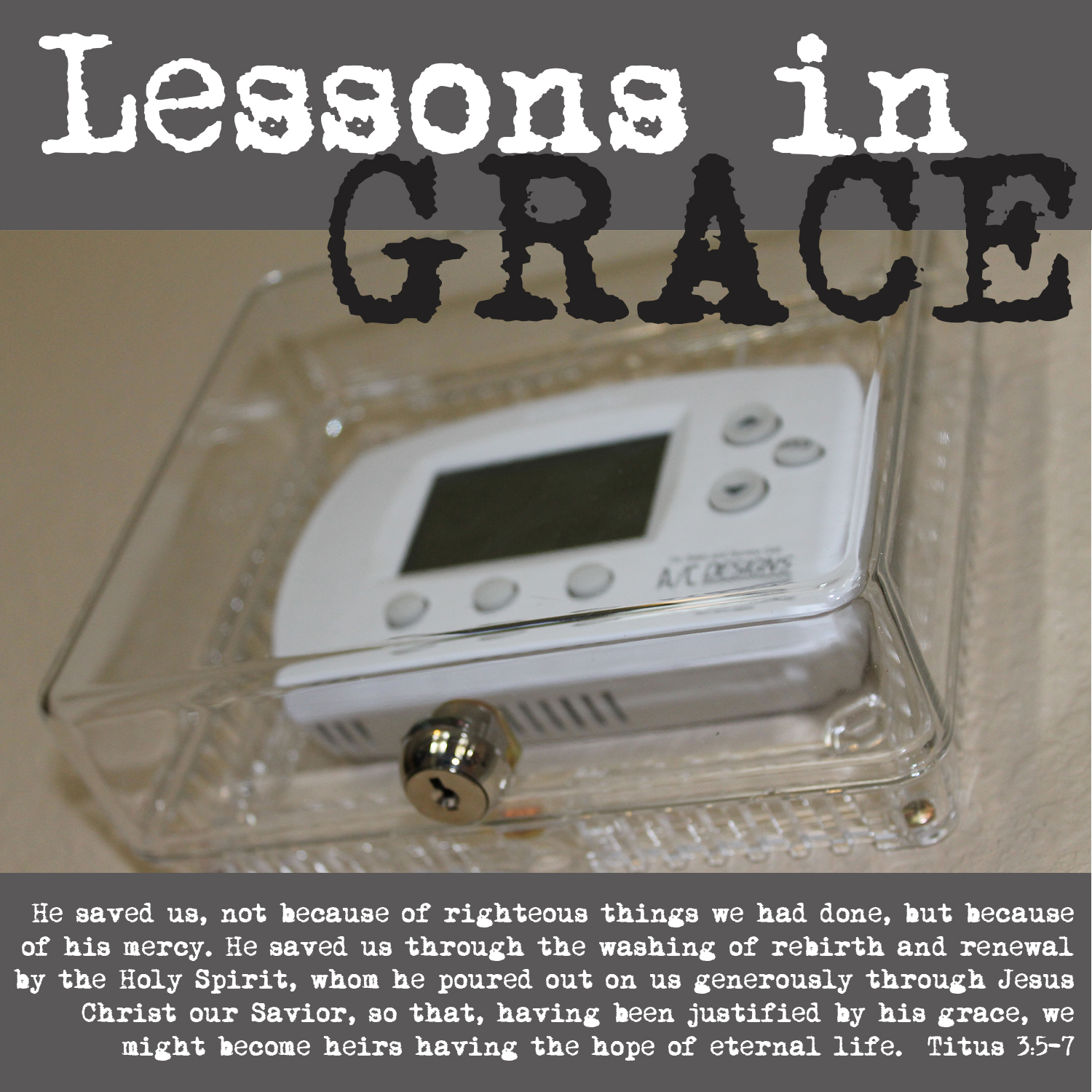 Grace comes in different ways.  This thermostat cover is grace today in our family.  Clear, plastic, ugly, saving grace.   For my 5 year old it is the way out and for mama a lesson on giving the grace that we all so desperately need, even me, especially me.

A week ago putting this up felt like failure, like I wasn’t a good enough parent, like it was a cop-out but now I see it, it is probably on the wall more for me than anyone.  It is GRACE, let me explain…

About a month and a half ago we noticed out thermostats kept changing.  At first we would just change them back thinking one of us had done it, and then we realized that little fingers were busy with buttons they shouldn’t be touching.

Our five-year old decided that he just wanted to touch the buttons, change the temp, turn them off, whatever was his fancy at the moment.  So we sat him down had a chat about it, about how it wasn’t a toy and he wasn’t allowed to touch them… or else.  Not an hour later, changed the temp.  So the consequences began.

All toys gone. 10 minutes later turns it off.

In room all day.  Comes out and first thing he does? Change the temperature again.

THIS GOES ON FOR DAYS.  I am, to say the least, feeling defeated and totally clueless.  What do I do here?  Nothing was working, all I could see was my sweet son slipping into total rebellion.  So we sought good counsel.  We tried ignoring it, to not give him the attention didn’t work.  We tried changing it into a job to write down the temperature to give him some  ownership – didn’t work.  We prayed, we read scripture, We tried everything…

I WAS EXHAUSTED.  And Nothing was changing nothing was helping him.  For whatever reason this sin (touching the thermostat) had a real hold over him.  He actually asked us to buy covers for them.  He just said he couldn’t do it.  But I didn’t want to, I wanted him to learn and practice self control.  I didn’t want to give him an easy way out, I wanted him to work at it, to get victory, to have some self-control.

WHAT IF JESUS MADE ME WORK FOR IT?

Where would I be if he had left me in my sin to figure it out, to muster up enough strength to obey him, to do the right thing, to make my own way?

But instead he promised to “always make a way out of every temptation”.  He promised to give me life freely without anything in return, GRACE.

If he gave it to me, then who am I to deny it to my own son?

G R A C E:  not an easy word for me.  Not easy to receive and even harder to give.  My default is judgement I can dole that out with ease, but Grace?  Grace is so gray, and I prefer black and white.  Grace is undeserved and unmerited.  Grace can’t be earned, and I like earning things, it makes me feel better about myself.  Even though I would never say that my children need to earn my love there are times when my standards, or the way that I discipline says exactly that.  I can forget about grace.  I can get so caught up in the education and training of my children that I forget to water their souls with love and tenderness, with GRACE and MERCY.

And so the covers went up today, the way out for my sweet Caleb.  GRACE.  He begged me for them at one point and then today as they went up he threw a fit.  A crying mess.  I hugged him anyway. GRACE.  And we moved onto turkey wraps and rice cakes.

The lesson was for him AND me, probably more me. – The loving is sometimes more important than the training.  There will be lots of times when nothing PRACTICAL works.  When our eyes, that see so dimly, will not see the road ahead and the only one who can rescue us is the Lord.  That these children are His and not mine.

And that GRACE can be a thermostat cover. 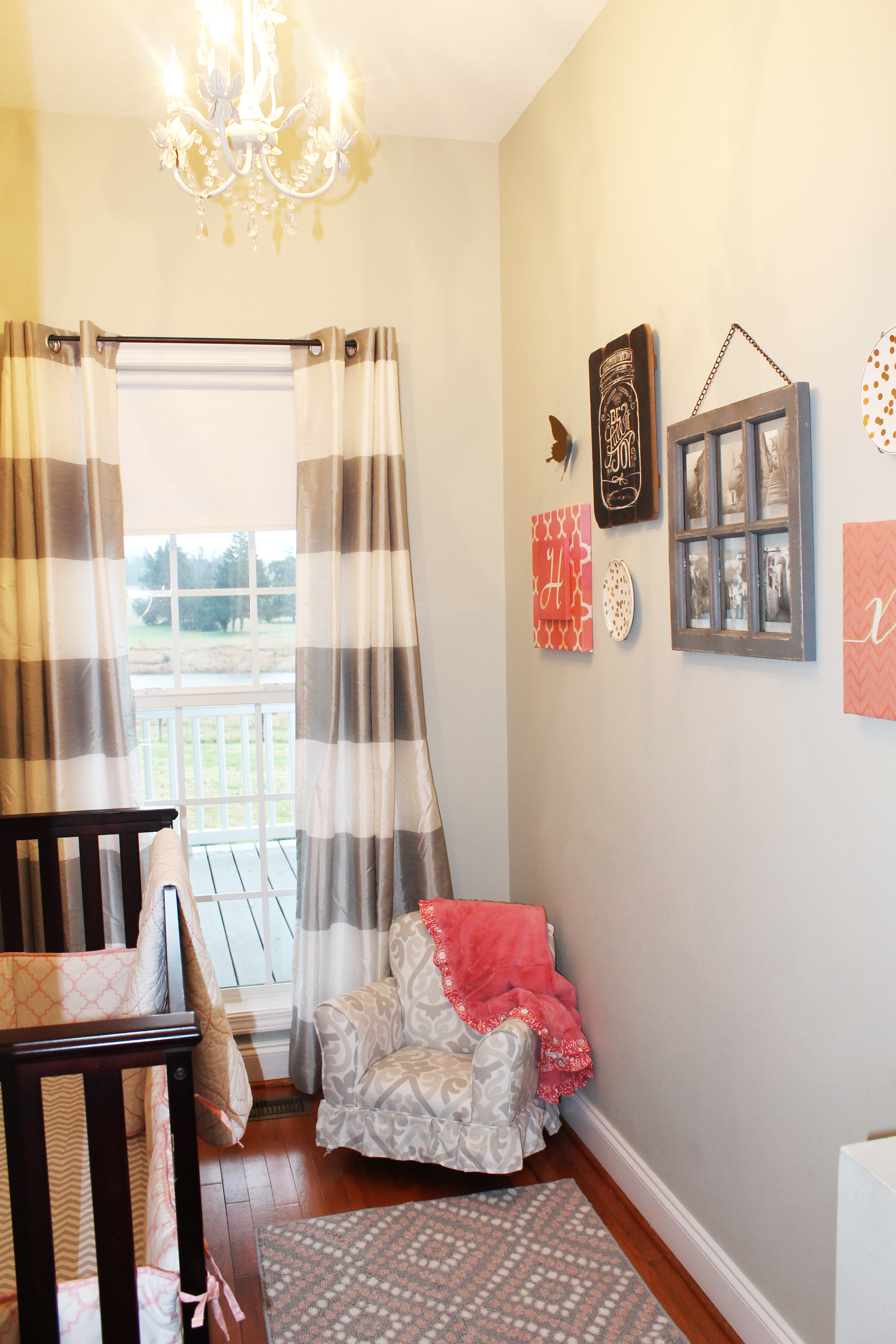 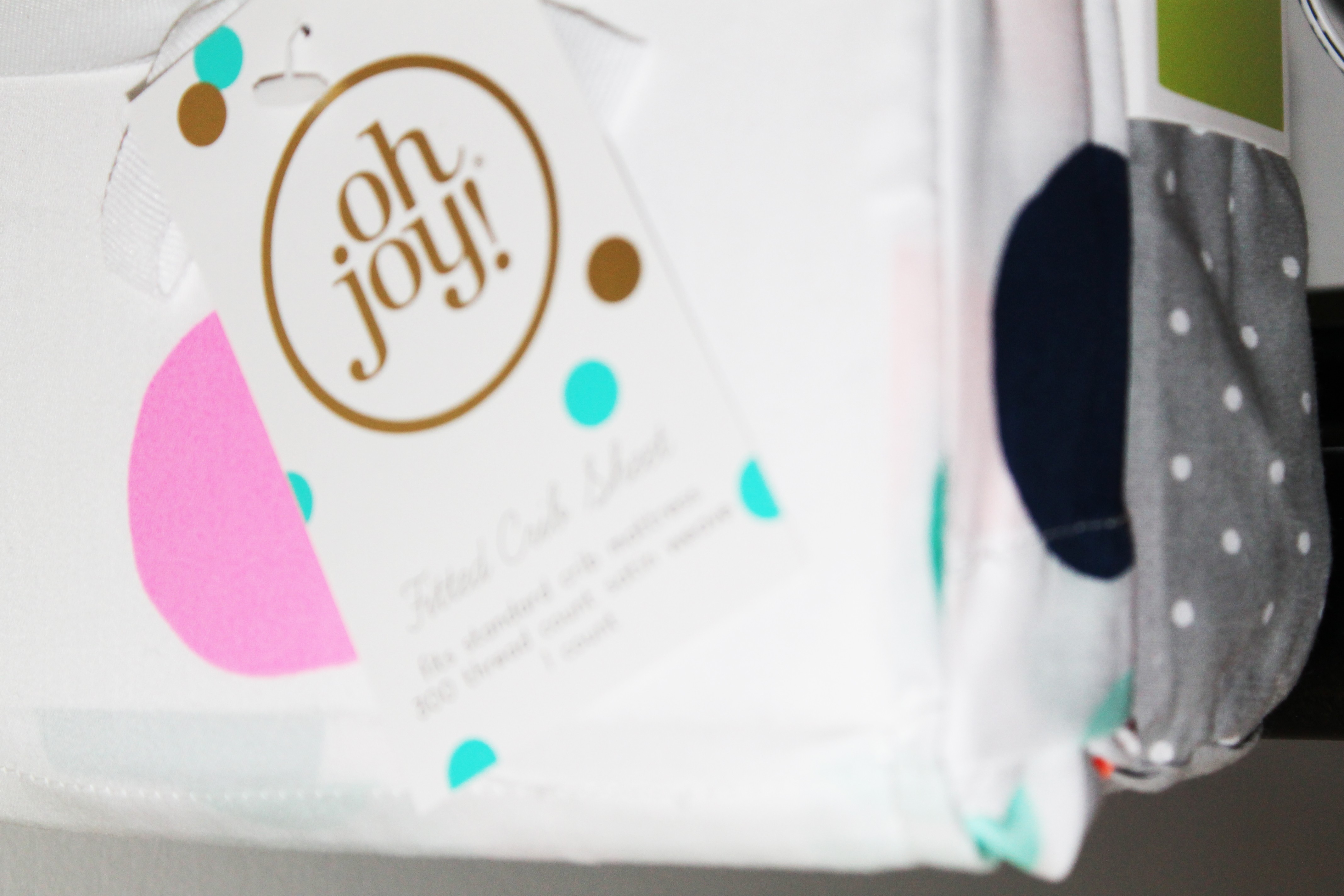